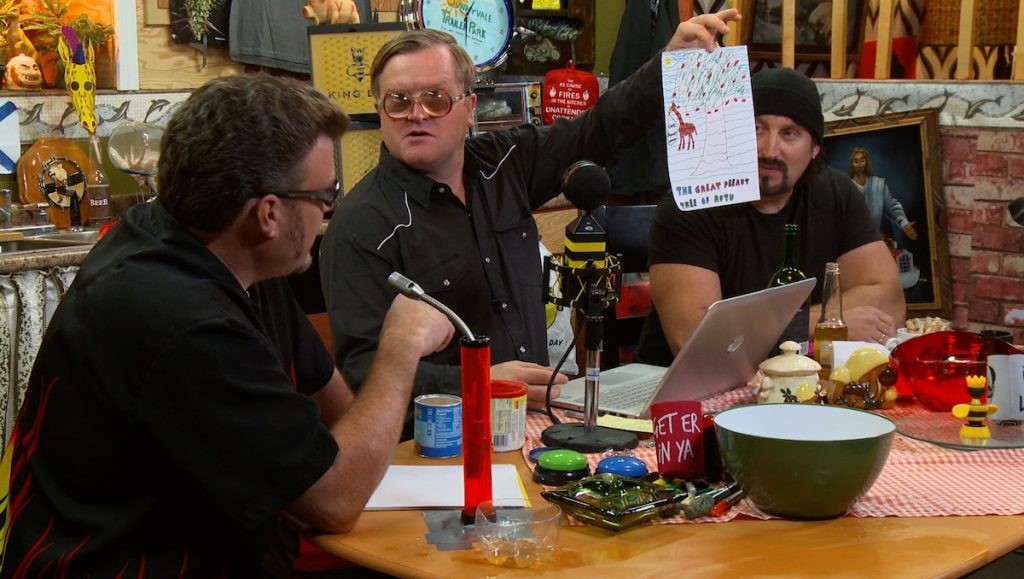 The 60th podcash is in the fuckin bag!  On this week’s episode, Bubbles is attempting to class things up with some nice red wine and massive hunks of cheese.

The Boys chat about kitties – both the cremation and the arsehole-scrubbing of them.  Bubbles fires up his DECENT new computer/tablety thingy for a round of Sunnyvale Jeopardy, and Ricky worries about his possible (but not real) allergy to peanuts because his tongue is going dumb.

But while all the podcashing is going on, Ricky is busy creating a masterpiece – THE GREAT PEENUT TREE OF RUTU – and you have a chance to bid on it and own the signed original! 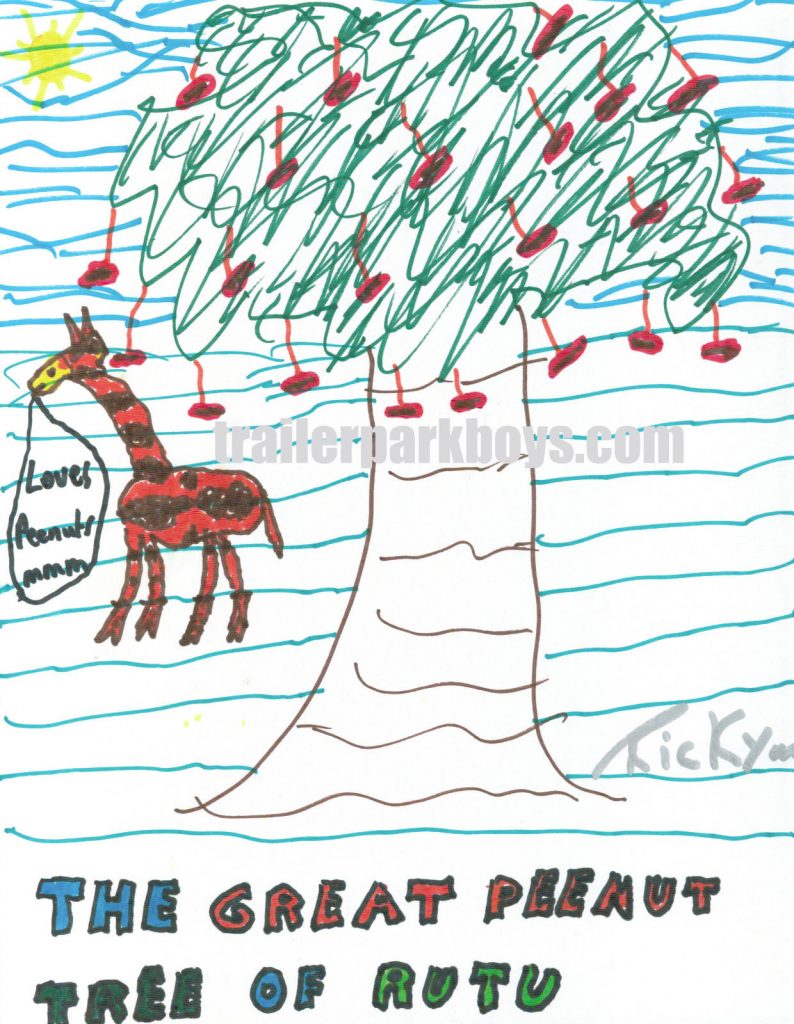 The Boys will be donating all proceeds to the Gord Downie Fund for Brain Cancer Research so dig deep and own an authentic piece of art by one of the great Canadian artists of the 21st century!

1 comment for “New on swearnet.com – The Great Peenut Tree of Rutu”