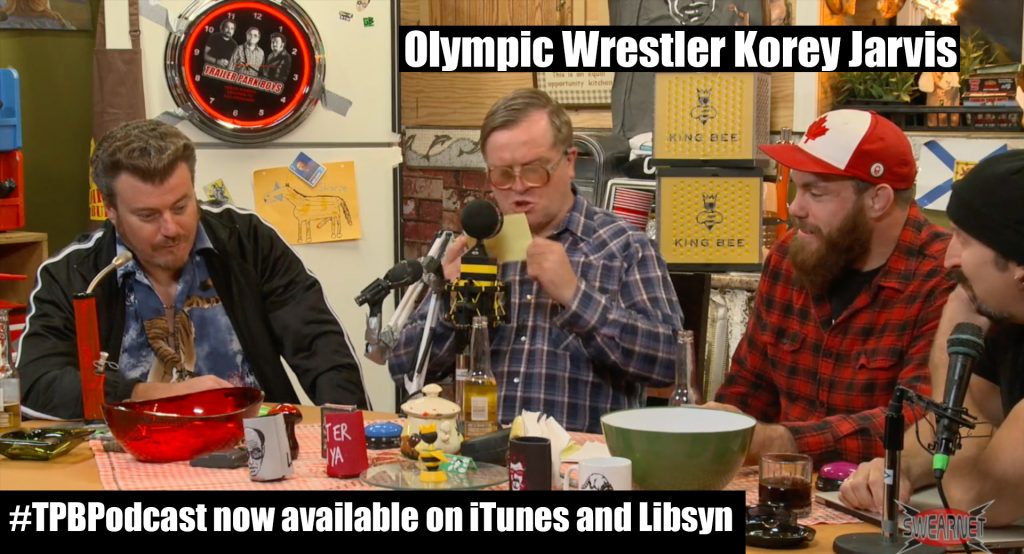 Korey Jarvis might be comfortable on the wrestling mat, but now he has to try to pin Ricky and Julian in a game of Sunnyvale Family Feud!

The Olympic wrestler and Commonwealth champion joins the Boys for a podcast – now available for fucking free on iTunes and Libsyn!  Hear some stories about the dirty smelly fuckers he’s had to wrestle, the likelihood of catching an elbow in the wiener while wrestling, and some of the crazy partying that goes on in the Olympic Village!

And Julian has news for him – if he ever wants to join the UFC, he’s got a big sexy manager who will get him a great offer!

Episode 58 is brought to you by the Official Trailer Park Boys Store, and Neat ‘King Bee’ microphones!