Chattin’ With Leigh – The Interview 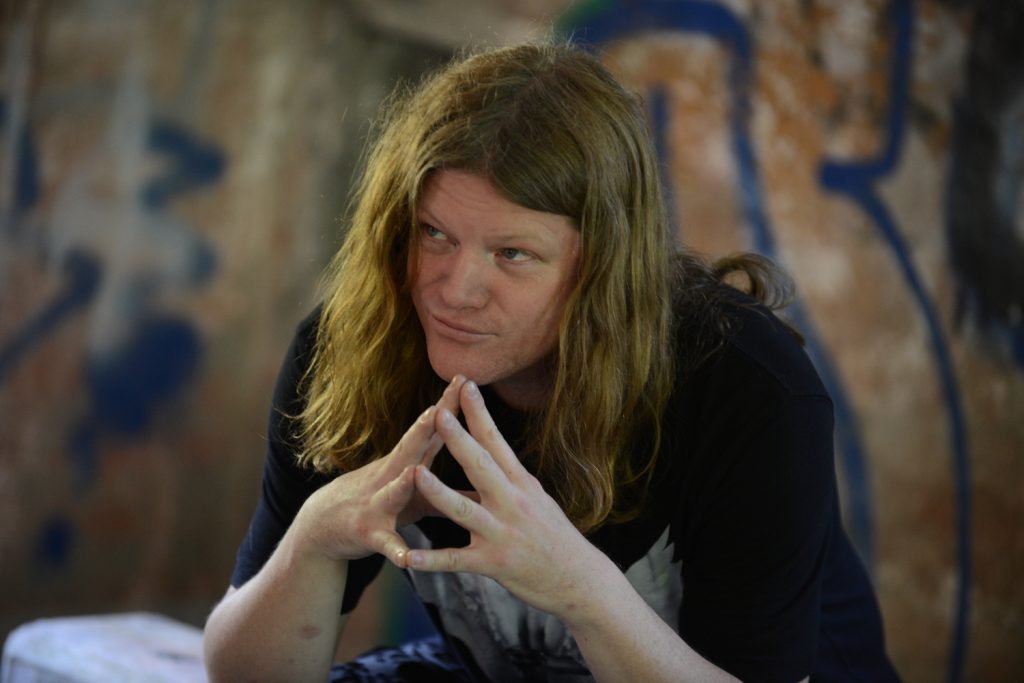 Fans have been waiting with bated fuckin’ breath for the release of Trippin with Leigh.

The wait is over — tomorrow is the release date and the documentary will be FREE TO VIEW ON SWEARNET.COM!  Now that the cocksucker is almost here, the dicks at SwearNet checked in with Leigh MacInnis to see what’s going on with the spiritual bastard!

How does it feel to finally release Trippin’ with Leigh and let the public see your hard work?
It feels great to finally finish up Trippin’ with Leigh. I’ve been working on it for quite some time. There was over 100 hours of footage and it’s been a challenge trying to get it down to under an hour. The first episode is a glimpse of a much bigger picture.
What do you think will surprise people the most about the documentary?

The documentary is fast paced. I think the extent to which people freak out will surprise people the most. It’s the first time I’ve ever had an out of body experience. I’m full retard in the doc!

For the fans who only know you from your work on Trailer Park Boys, what can you tell them about Leigh the man, and why you would be doing a documentary like this?

I’m very transparent when it comes to being open about drug and substance use. I’m just your average Joe that likes to get fucked up once in a while! I’m doing this documentary to shed light on the medical uses of certain hallucinogens and plant medicines. Its also a great way to see other parts of the world and discover other cultures. I’ve always been fascinated with Shamanism and that is a big part of this doc as well.

Doing drugs in the jungles of Peru sounds fucking intense.  Did you encounter some unexpected challenges while making this documentary?

I didn’t really run into any problems out in the jungle. It’s a bit scary going in knowing if something does go wrong then you can’t really do anything about it. You’re so far away from everything that if you get bitten by something such as a snake or poisonous spider the chances of surviving are pretty small. You just have to stay alert and hope for the best.

What’s next for you in the world of film/documentary/TV/etc?

I will continue to pursue acting as a career. I have a few things on the go and hope to get funding for some of those in 2017. As well I will be teaming up with Parazoom Films for a feature called 7 Lox Rok! There is no word on whether I will be cast back into Trailer Park Boys! I hope to continue but have other projects to work on if I’m not cast back into that show. As well, there are private investors looking at funding the rest of Trippin’ with Leigh. I still have 7 more countries to go to. I’m putting together a Live Tour in 2017 as well. So I hope I will be well received among the masses. Any money made will go into the next TWL episode.

Get your arses back to SwearNet tomorrow – December 27th – roll yourself a six-paper joint, and take a trip with Leigh!

9 comments for “Chattin’ With Leigh – The Interview”