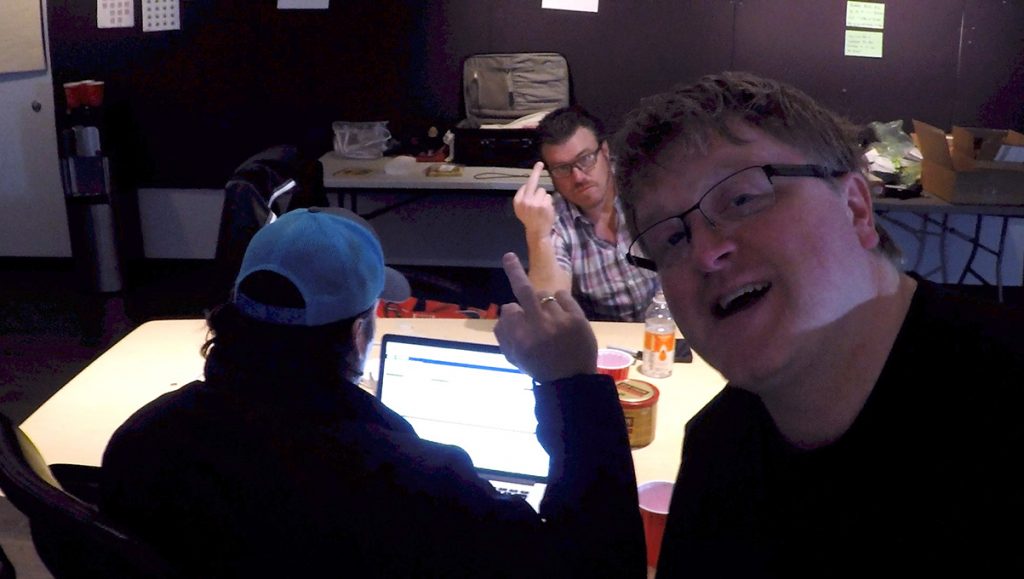 The Boys are under the fucking gun.  They’re way behind on writing Season 12, and they also have to take care of editing the next installment of Out of the Park.  Mike decides it’s the perfect time to revive The Real Fucking Reality Show!

In the midst of the massive mountain of shit that they need to take care of, the Boys also bought a restaurant!  Renovations are currently underway at the Economy Shoe Shop, a legendary downtown Halifax hangout.  The Boys plan to put a fresh coat of paint on the place (literally) and revamp the menu.

On this episode of The Real Fucking Reality Show, Mike tells Robb and JP that their new chef has prepared samples from the new menu and the Boys have to go do a tasting.  Robb and JP are fucking pissed that they have to do this in the middle of a tense pre-production period for Season 12, and they’re extra fucking pissed that Mike is filming it!