Now on iTunes and Libsyn: Ricky Signs Away His Brain 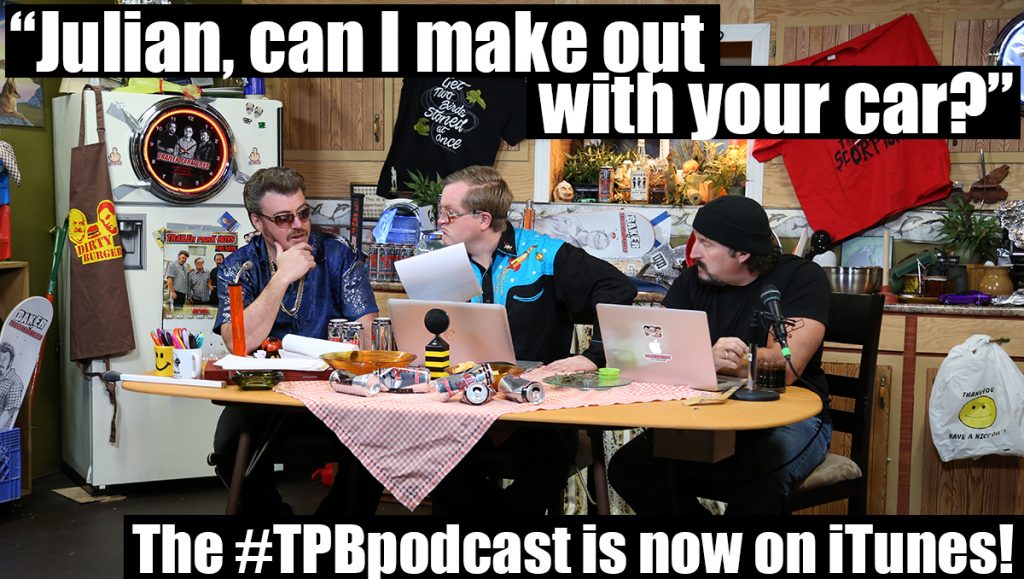 Julian bore witness to the “brain agreement” between Ricky and Bubbles, and now you can join him by downloading the latest Trailer Park Boys Podcast, free on iTunes and Libsyn!

Ricky signs away his brain to Bubbles for scientific research, after Bubbles supposes that people like Ricky and Tommy Chong probably have tons of resin and dope residue on their brains.  Ricky agrees to give Bubbles his brain upon his death, so long as there is no “sexy stuff” happening.  We wouldn’t want this to turn into an episode of Brain Fuckers.

The Boys discuss a random smattering of shit, including the threat that spiders pose to mankind, Chinese scam artists, dealing with judges, and a fuckload more.

PLUS: Exactly how much mental control do the Boys have over their nutsacks?

Episode 91 of the podcash is sponsored by the merch dicks at TrailerParkBoysMerch.com!