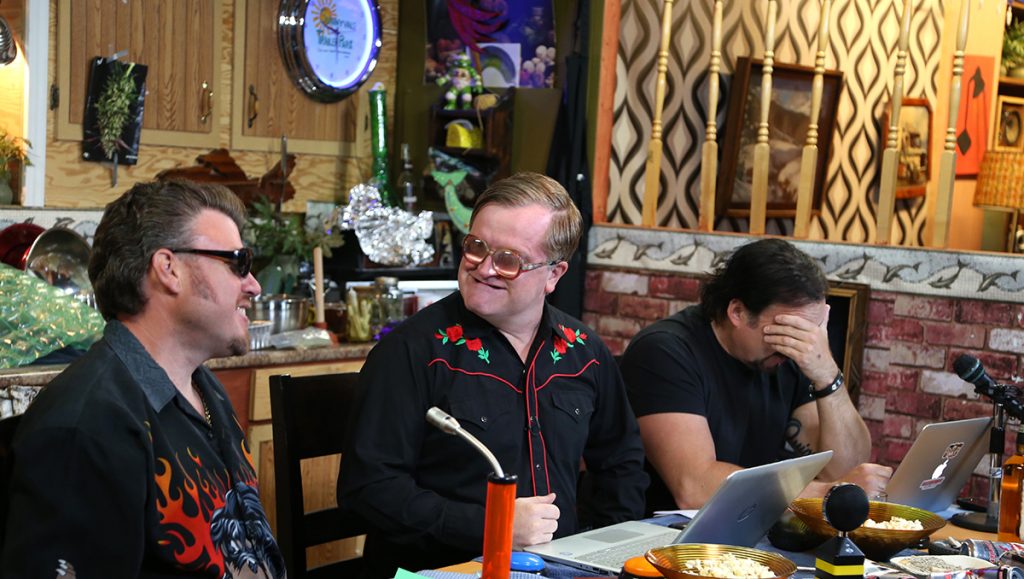 The Boys are back with another episode of the award-fuckin-winning Trailer Park Boys Podcast. This one, as usual, is sponsored by the dicks at TrailerParkBoysMerch.com, and Bubbles and Ricky have a bone to pick with Julian about the shitty cut he gives to them from merch sales.  They thought there were just “a couple of t-shirts” on the site, but it turns out they are selling everything from grinders to hoodies to even fucking skateboards!

PLUS: Learn about the time Ricky “acquired” a Louis Vuitton handbag for Lucy!