Now on iTunes and Libsyn – Pecker vs Beaver 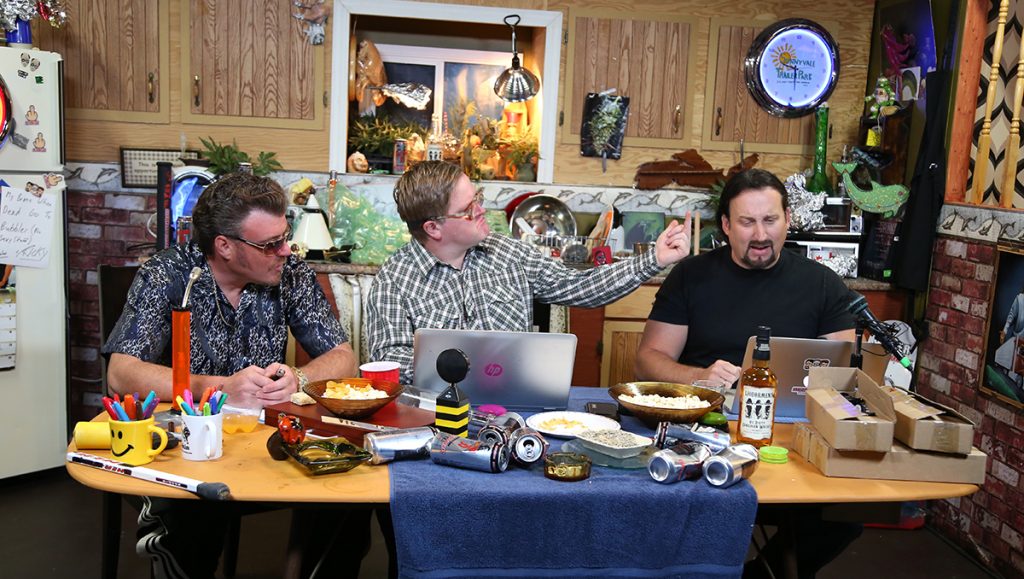 The Boys are playing a game of BUSH OR NO BUSH on the Trailer Park Boys Podcast, now available on iTunes and Libsyn!

After shouting out a happy borntday to a former Playboy playmate, Ricky, Julian, and Bubbles try to guess whether or not David Duchovny has a bush, if he’s clean-shaven, or if perhaps he has some stubble happening.

And what about Cher?  Barbara Bush??  Bush or no bush?

The Boys chat about a woodpecker who recently made news by going ballistic on a utility pole.  This prompts Ricky to dream about the damage he could do as a furious woodpecker, with his sights set on the New York City electrical grid.  But would a beaver be better?  Perhaps it might — so long as its arsehole isn’t being harvested for cherry flavouring (you can thank Bubbles for that mental image).