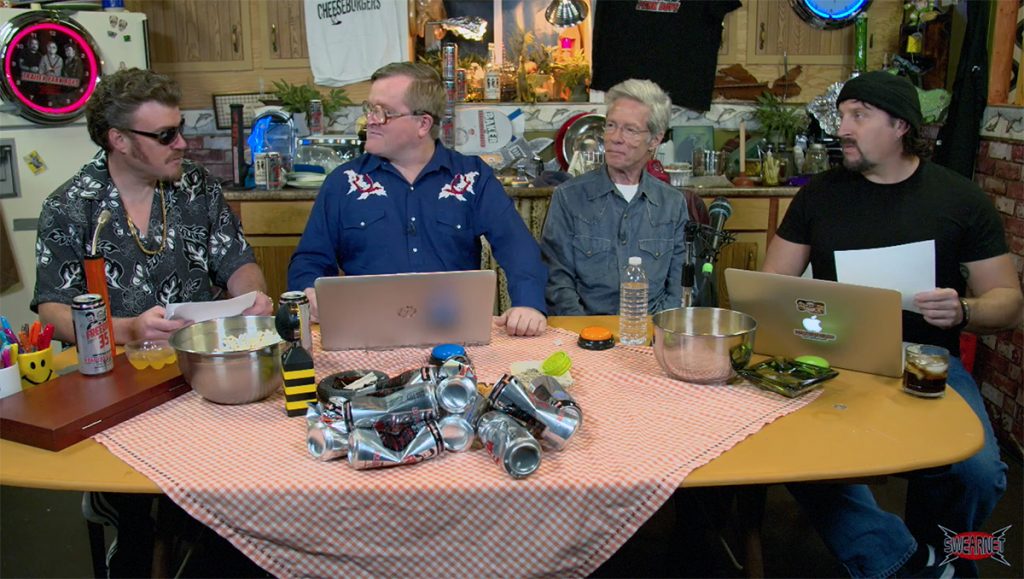 Guitarist Danny Weis has shared the stage with some big names, and he’s telling some pretty epic stories from the 60’s and 70’s on this week’s episode of the Trailer Park Boys Podcast!

A founding member of Iron Butterfly, Danny Weis has played guitar with a who’s-fucking-who of rock stars such as Lou Reed, Jimi Hendrix, Alice Cooper, and perhaps Janis Joplin but he can’t quite remember.  He and Bubbles nerd out on guitars, and Danny reminisces about the good ol’ days when he used to rock out with Prakash John (who was once also on the podcash).

PLUS:  Ricky petitions for Halloween to be moved to Friday, October 13th – the day that Santa-Jesus-God was shot and killed.

← New on swearnet.com – State of the Union for October 10, 2017
Now on iTunes and Libsyn – Guitar Legend Danny Weis on the Podcash! →