Now on iTunes and Libsyn – HELLoween 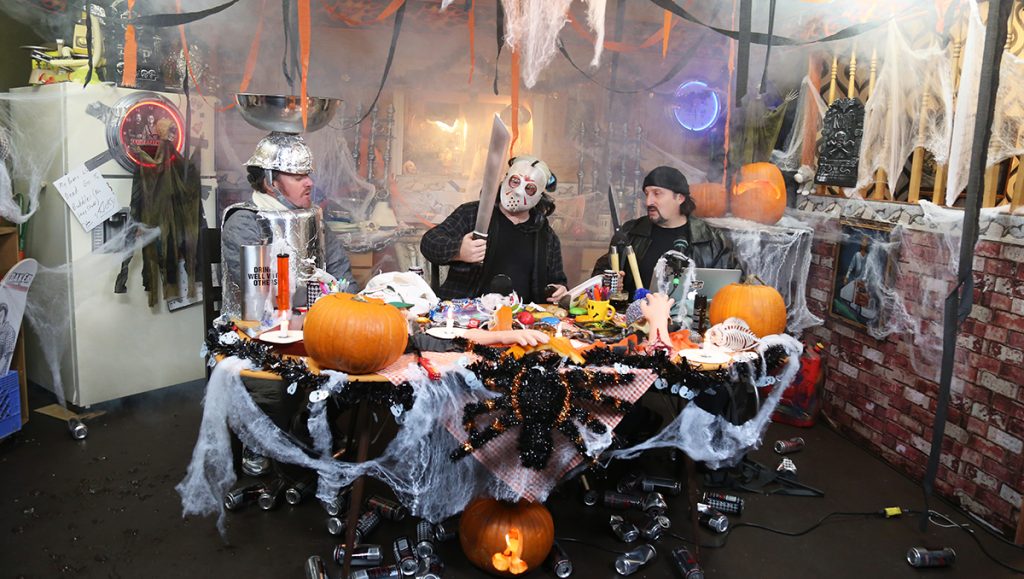 The Boys are dressed up and drunked up for the Halloween edition of the Trailer Park Boys Podcast, now available on iTunes and Libsyn!

Ricky is dressed as Lord Stanley’s Cup, in a costume that is very top-heavy due to the ice and cans of Ricky’s Catch 23 Malt Liquor on top of his head.  Bubbles is dressed in a DECENT Jason costume, but then Julian shows up late and ruins Bubbles’ excitement by also dressing as Jason (though a much shittier version).

The Boys carve pumpkins and talk about Halloween “fun facts” while the set nearly burns on two occasions (both Ricky’s fault, of course).

PLUS: Why in the fuck is Ricky asking people to mail him dirty old cigarette butts?!