New on swearnet.com – Suck My Pokemon 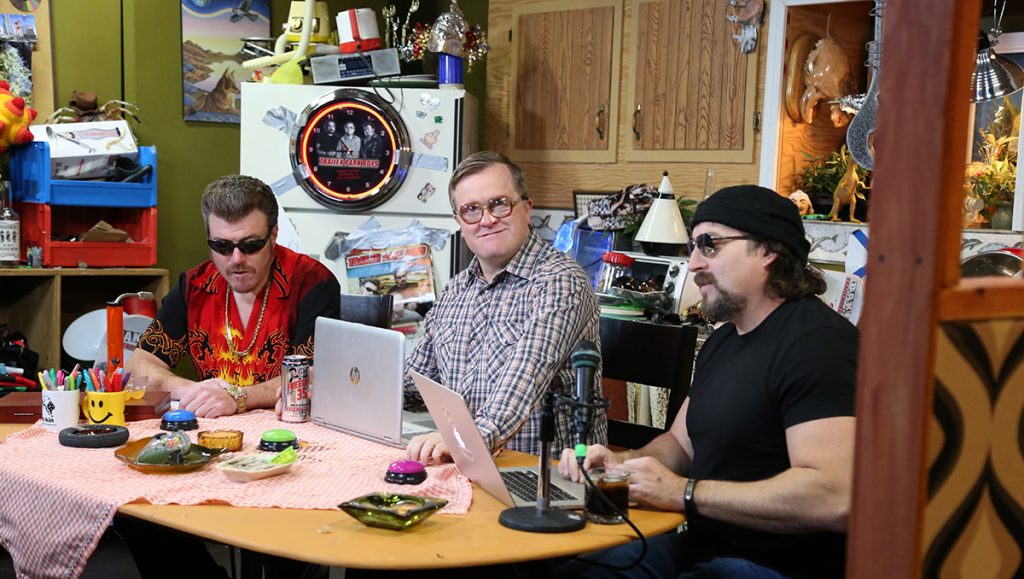 The Boys are raring to go for another year of podcashes on the latest episode of the Trailer Park Boys Podcast!

It’s not the first podcash of the year, but it’s the first one in which the Boys are fully conscious (and Ricky is still hurting from that brutal table incident from last week), and they chat about their New Year’s Resolutions.  Take a big fucking guess as to which of the Boys has already fucked up his vow to quit smoking.

Ricky ponders the reason why it’s only 2018 when there’s actually been “millions of years” that have already happened, Julian talks about bleaching cocks and balls, and Bubbles introduces some new segments.

One of those new segments is called Kitty of the Week – he wants you to send in videos of your kitties at their best, and he’ll pick his favourites to showcase on the podcash!