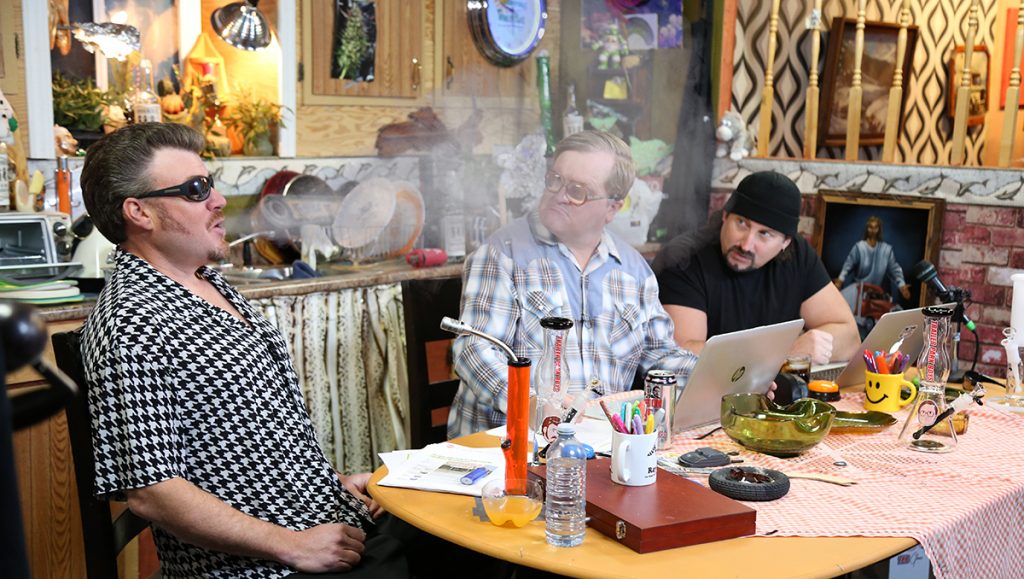 Ricky claims he’s using chocolate in the bong, but chocolate doesn’t tend to smoke like that, and it tends to not make you high for an entire podcast.  If you want to smoke out of your very own Ricky-approved bong, give a shout to the dicks at Famous Brandz.

The Boys also talk about the real-life inspirations for classic cartoon characters, and Ricky claims that Mr. Magoo was inspired by Bubbles, which appears to strike a raw nerve with the Bubbler and he fucking loses it.

PLUS: Why in the fuck are 600 people catching on fire during surgery every year, and does it have something to do with Ricky’s claim that some countries allow doctors to smoke during operations?

New on swearnet.com – Leigh Joins the State of the Union!

It’s time for another State of the Union, and on this episode the Boys brought Leigh into the studio!

Leigh talks about the great success of Trippin’ with Leigh (available for fucking free on SwearNet.com) and he has some updates on future episodes.  Leigh started a new IndieGoGo campaign to help him go to fuckin’ Europe!  Learn about what he has in store for Europe, plus get the scoop on his upcoming live tour!

For TPB news, the Boys offer a few nuggets of info on the upcoming Out of the Park: USA series, and they also show you some bongs and a wrench!

Plus: What the fuck do they have planned with Snoop Dogg?!