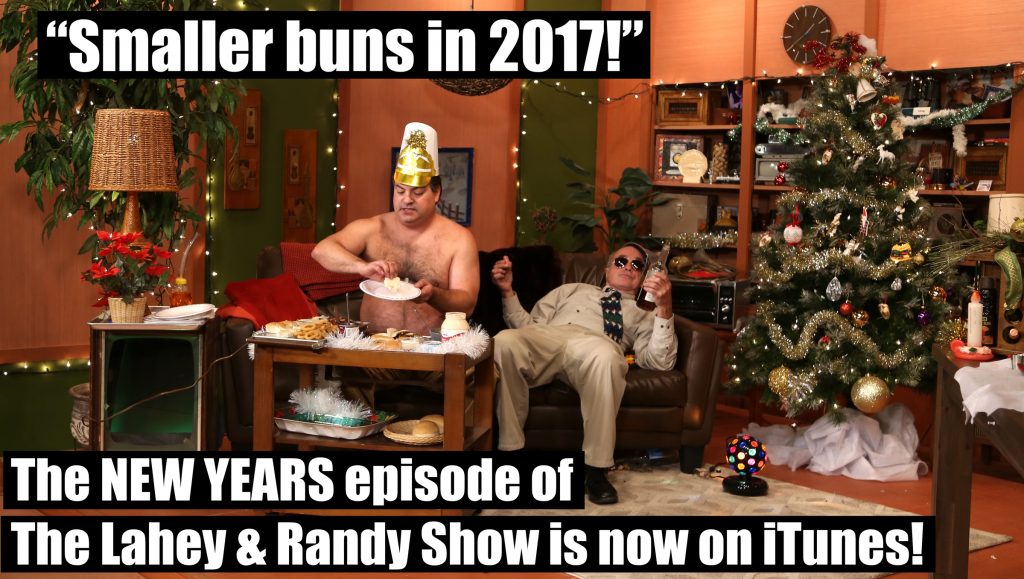 It was a New Year’s celebration so fucking epic and liquor-soaked that Lahey and Randy are only just recovering now (Lahey had a brunch of liquorball sandwiches that seem to clear the fog).

Now you can listen FOR FUCKING FREE to the audio version of the New Year’s Eve shit-show on iTunes and Libsyn.

This episode features a pledge from Randy to eat more beef and bacon but to cut down on the size of his burger guns — high protein and low carbs.  It also features the return of Marguerite, who is fucking pissed because a certain drunk-as-fuck trailer park supervisor failed to follow through on a promise he made to Marguerite when she joined the Christmas episode of the Lahey and Randy show.

But the fuckin fun don’t stop there – even more guests join the show!  A Halifax radio host returns with a fierce passion, and the office dicks at SwearNet find themselves dragged in front of the camera by Lahey for a liquored sing-along!

New on swearnet.com – Predictions for 2017 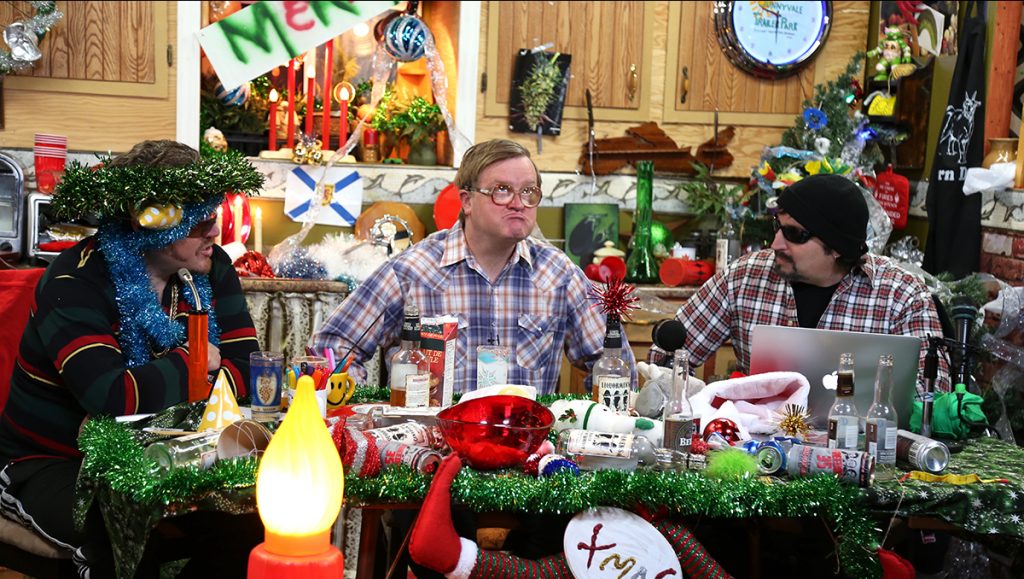 Holy fuck Ricky’s been hard into the liquor-nog for seven straight days and he is NOT in good shape, judging by what he was doing with the Shit Sucker 3000 on the latest episode of the Trailer Park Boys Podcast!

On their New Year special, the Boys make predictions about 2017, debate the bangability of alien chicks, and consider the best way to get your cock ripped off.

Plus: Ricky might soon have a new party trick, that will involve Julian and Bubbles flipping a coin!

Episode 74 is brought to you by the official Trailer Park Boys Merch Store (which has some DECENT Boxing Week deals) and Neat ‘King Bee’ microphones! 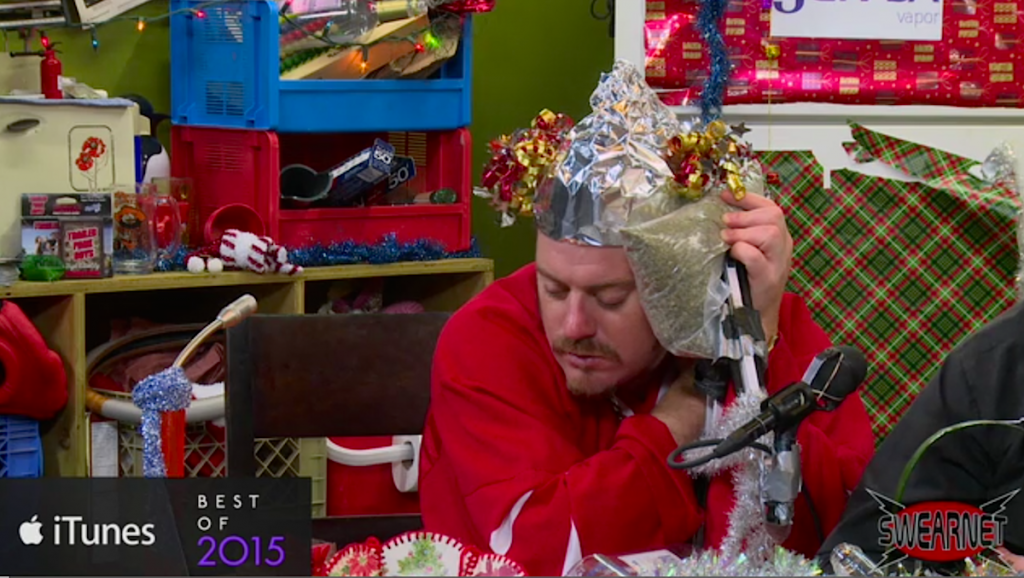 On today’s special TPB Podcast, the Boys recover from their holiday blowout and look back at the funniest and most fucked moments from 2015. Highlights include Snoop Dogg, looly chickens, Ricky’s stunts, and a hilarious meltdown in Amsterdam…

Watch the podcast on swearnet.com, or listen to the audio version on iTunes and TPBpodcast.libsyn.com right now! 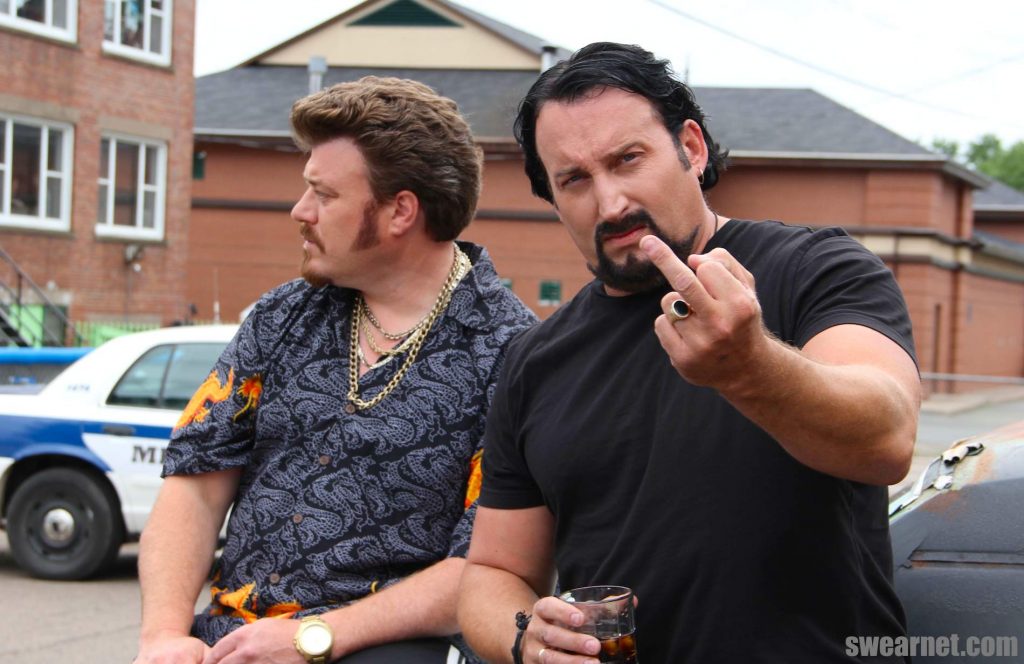 Happy New Year, folks! There’s lots to look forward to in 2016, including Season 10 of Trailer Park Boys, loads of hilarious new videos at swearnet.com, the launch of the TPB mobile game, and a wider release of our sassy Liquormen’s Ol’ Dirty Canadian Whisky!