Now on iTunes and Libsyn – A Soaking-Wet Podcast 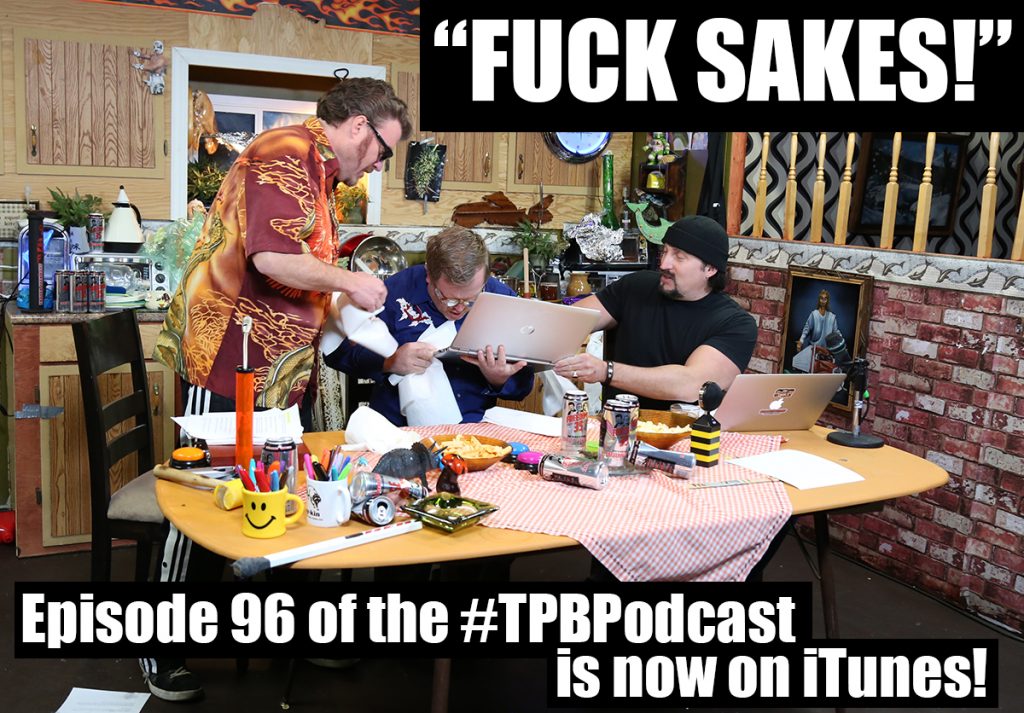 The latest episode of the Trailer Park Boys Podcast, now available on iTunes and Libsyn, was full of fucking spills and thrills!  Several drinks were spilled and Bubbles’ computer may be a casualty.

The Boys reminisce about the music of Rick Astley, and Bubbles claims that Astley is the original inspiration for Ricky’s now-famous hair do.  Ricky denies that, but then again, he doesn’t remember much from those days.  The man smoked a lot of dope.

Speaking of Ricky being stoned as fuck, the dope that he’s been smoking lately has made him extremely fucking convinced that the earth is indeed flat.  Bubbles takes issue with that, and all Flat-Earthers, and they dive into a roaring debate.

PLUS: What would you pay for Randy “Macho Man” Savage’s wrestling trunks?  Would you pay more if you were guaranteed they touched his bare cock and balls?

This week’s episode of the podcash is brought to you by the dicks at TrailerParkBoysMerch.com!