Bubbles made the most of his trip to the Southern United States in Netflix’s Trailer Park Boys – Out of the Park: USA.  He wasn’t just there to fuck around, he was there to launch his country music career!

Bubbles and his Shitrockers teamed up with the legendary Rush guitarist Alex Lifeson to record “Who’s Got Yer Belly” – a badass tune celebrating belly work!

While rolling through Orlando, Charlotte, Memphis, Nashville, New Orleans, and Los Angeles; Ricky, Julian, and Bubbles hooked up with their buds Sebastian Bach, Verne Troyer, Tony Hawk, and Tom Green plus a bunch of ladies and the General Lee to create this official music video. 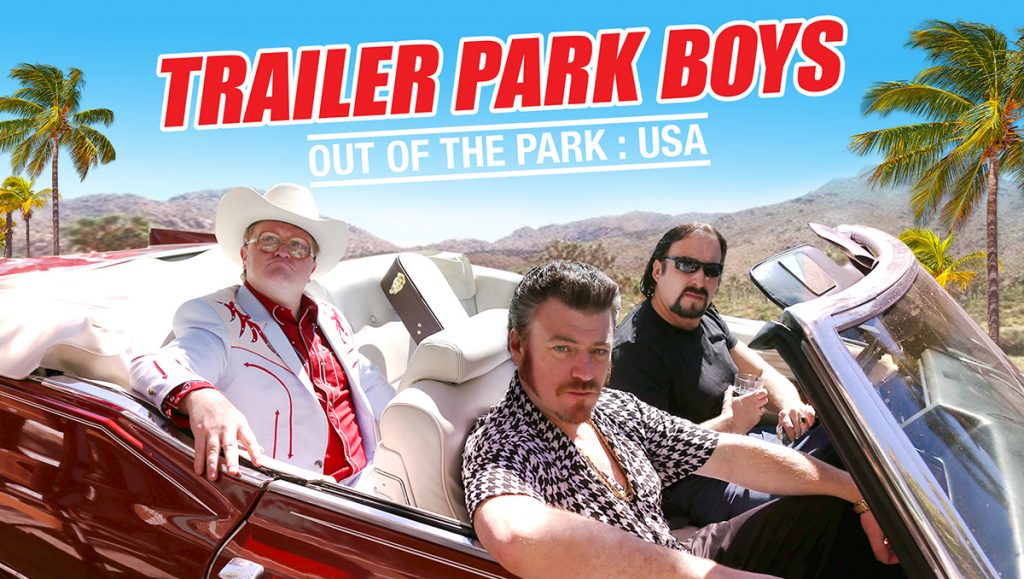 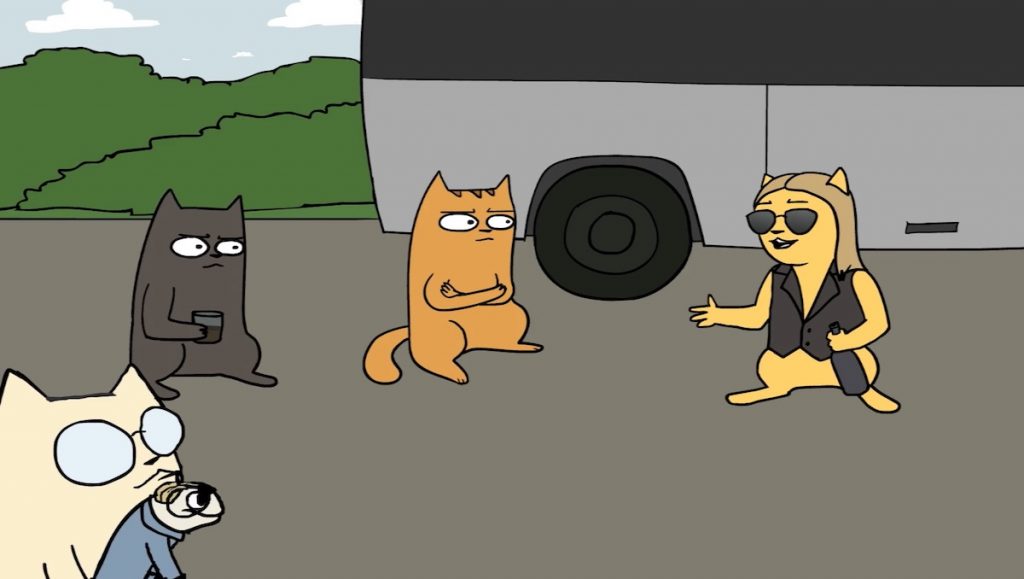 The kitties are back, and they have a whole shitload of honey oil to sell to Sebastian on the newest episode of Trailer Park Cats!

There’s a lot of money at stake, not to mention a pissed-off couple of shithawks (a caveman and a heavy-metal-dick, to be specific) are on the prowl.  Kitties, drug deals, villains, puppets, guns, what the fuck could go wrong?!

This is the third installment of Trailer Park Cats – featuring animated feline versions of classic TPB moments.  If you’d like to see episode 1, you can view that fucker for free by clicking here!

SwearNet: The Movie comes to Netflix! 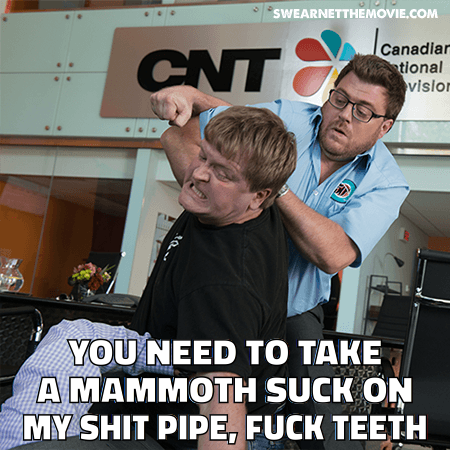 Do you love Trailer Park Boys, creative swearing, balls-out craziness and laughing your ass off? Yes?? You’ll be pleased to now that the Boys’ Guinness World Record-breaking comedy SWEARNET: THE MOVIE is now available on Netflix!

The Trailer Park Boys’ Still Drunk, High and Unemployed US tour ended last week – what a fucking blast! Many thanks to everyone who came out and partied with us.

Here’s some awesome photos from the Los Angeles show, courtesy of Tony Rago at restlesscities.com (click the link to see more photos, plus his review of the show!)

And yes, that is SEBASTIAN BACH on stage with the boys! 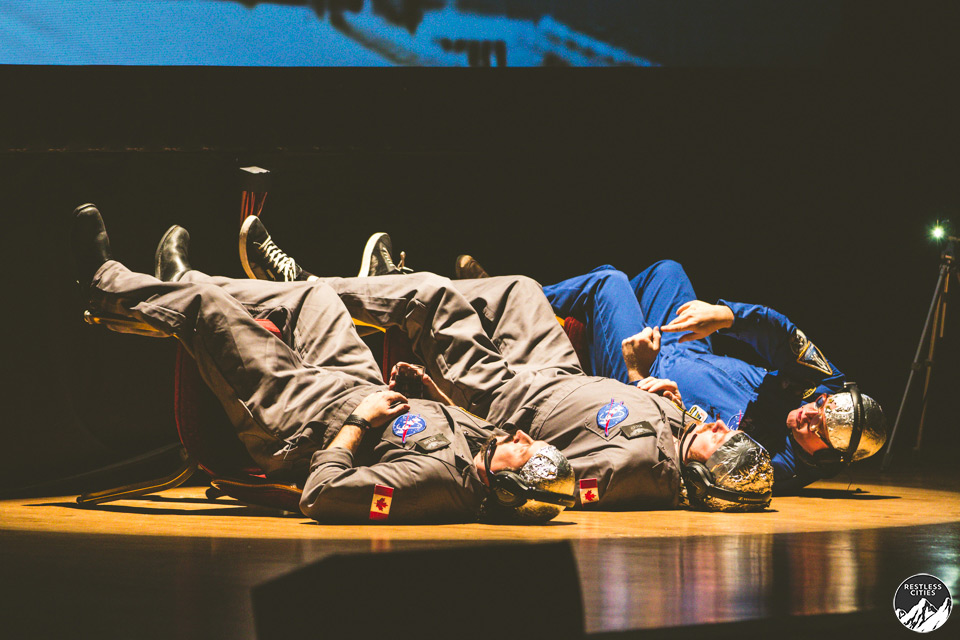 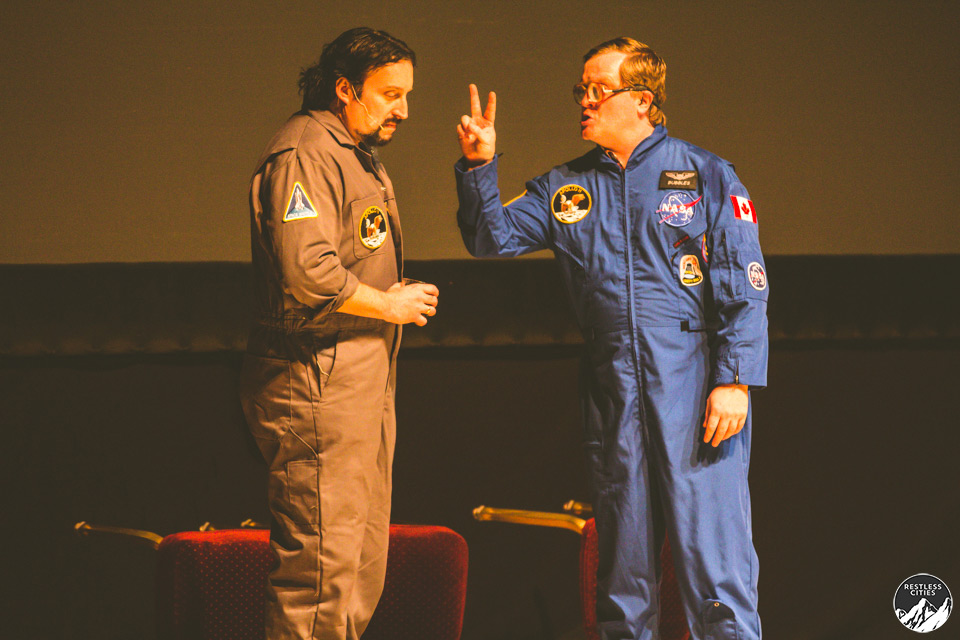 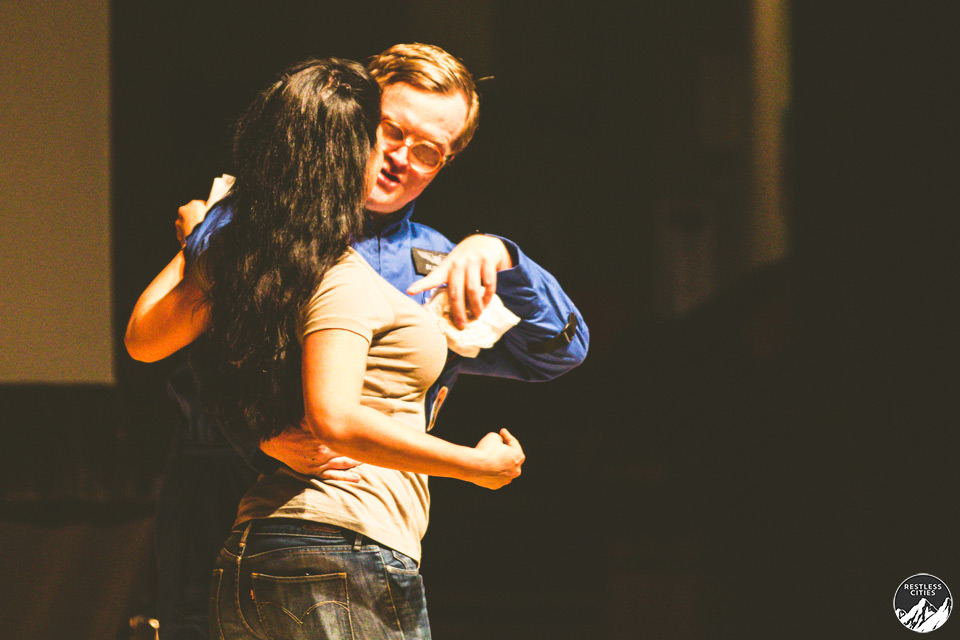 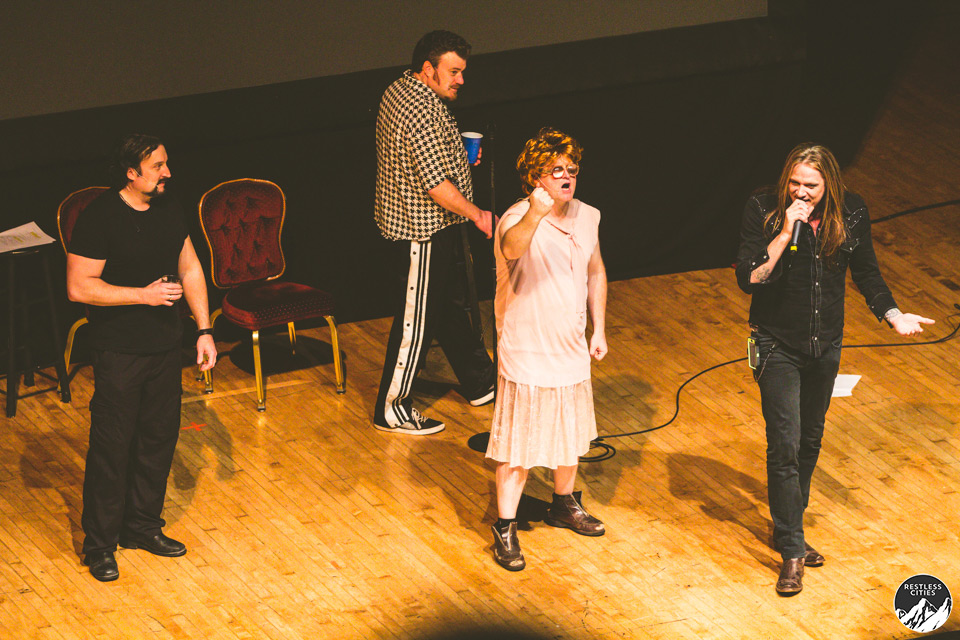 What the fuck is Jim Lahey saying to Sebastian Bach? Pointing out an awesome fucking train or something?? Don’t tell fucking Patrick Swayze!!